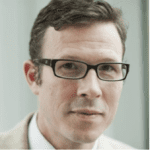 Jeremy is the Global Head of Human Biology at Vertex Pharmaceuticals, where he oversees all research programs. Formerly, he was Vice President of R&D at Biogen Inc., where he oversaw early target discovery in immunological and fibrotic diseases of lung, kidney and liver. He also oversaw drug discovery programs for mitochondrial diseases and cell stress pathways. He graduated from Oxford and Edinburgh Universities in the UK with MD PhD, and currently practices Nephrology part-time at Massachusetts General Hospital. From 2003, he directed the laboratory of inflammation research at Harvard Medical School, then expanded his lab at the Institute for Stem Cell and Regenerative Medicine at the University of Washington in Seattle. His laboratory focused on the role of innate immune response cells in injury and repair and on the role of pericytes and fibroblasts in microvascular remodeling and fibrosis, and has published more than 120 articles. He is a recipient of scientific awards including: Young Investigator Award from the British Renal Association (2001); Medical Research Society (2002); NIDDK Young Investigator/Scholar Award (2010); and the American Society of Nephrology Young Investigator Award (2013). In 2011, he became an elected member of the American Society for Clinical Investigation. He also serves on scientific study sections at the NIDDK/NHLBI. He is a cofounder of Muregen, and has served on advisory boards for Genzyme, Takeda, Promedior Inc. and Regulus Therapeutics. In his ‘spare’ time he rides bicycles, climbs mountains, skis, plays tennis, grows organic vegetables, looks after children (his own), and fixes things that are broken.